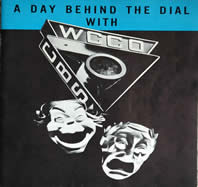 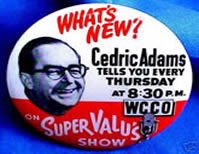 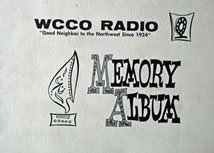 During the first half of its existence, WCCO earned a phenomenal reputation.  At one time it had a 62% audience share through the day!  CBS acknowledged that more people listened to its programming on WCCO than on any other station in the country.  WCCO’s signal coverage prior to the break-up of the Clear Channels was nationwide and beyond.

Many of the documents in these pages present a technical look at the progress of the WLAG/WCCO build-out.  Studio photos are included to recreate the flavor of live radio, done the best way they knew how to do it.  The promotion documents provide fascinating snapshots of the industry in its earlier days and over the years.  You’ll notice the focus in the very early days was on RECEPTION and selling receivers.  Later it was about WCCO as a “Full-Service Station” covering the continent.

Of particular interest may be the recording of the opening of the First National Defense Test Day broadcast of September 9, 1924 where WCCO is identified by its previous call letters…less than a month before the WCCO call letters were heard.

We solicit any documentation or photos you may have so that we might share them on this page.

Some of these files are several pages deep